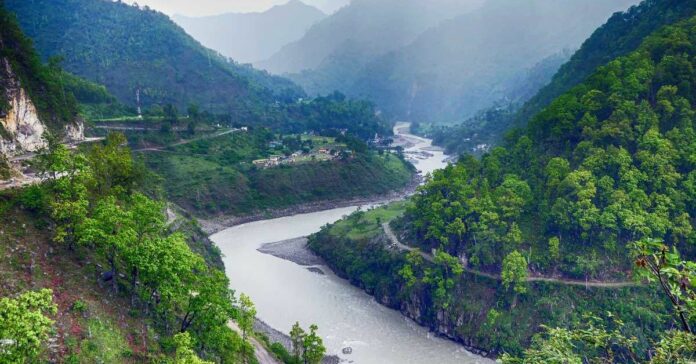 Kali river is one of the four major rivers of Uttarakhand state and for this reason it is also shown on the state emblem of Uttarakhand.

The Kali River, also known as the Mahakali, Kaliganga or Sharda, originates from a place called Kalapani near the Lipu-Lekh Pass on the eastern slopes of the Jaxar Range, north of Pithoragarh, near the Tibet border. There is a temple of Kali Mata in Kalapani (Vyas Ashram) from where the river got its name. In the local language it is called Kalapani Garh or Kaliganga.

This river flows parallel to the Kakagiri Mountains and forms the Indo-Nepal border. Where it is called Mahakali. The catchment area of ​​Kali River is about 95260 sq km, of which a major part (about 9943 sq km) is in Uttarakhand and the rest in Nepal.

After Pithoragarh it enters Champawat. And after Barmadeo, Mandi enters Nepal by the name of Sharda river near Purnagiri shrine located near Tanakpur (Champawat). In Skanda Purana it is called Shyama river and its water is not said to be holy. Its tributaries are Kuthiangati, Eastern Dhauliganga, Gauriganga, Saryu, Lohavati and Ladhiya etc. Its length from Kalapani to Takanpur is 252 km. Is. 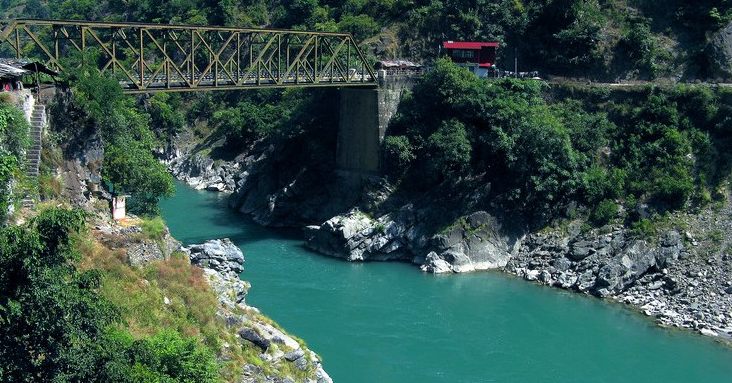 East Dhauliganga – After the sub-tantra Kuthiangti in Kali, from the right side at a place called Khela near Syalapanth. Dhauliganga river joins. It originates from the Govankhna Glacier. The tributaries of Dhauli Ganga are Lisar (Darma), Nandarma, Selayangti and Kanchutich etc.

Goriganga – eg. After the Dhauli Ganga, the Gori Ganga river joins the Kaliganga from the right side at a place called Jauljeevi (Pithoragarh), which originates from the Milam Glacier located in the Malla Jauhar area. Initially it has two branches (Goriganga and Shuklapa or Ramal). The tributaries of Goriganga are Ramalgarh, Madkani, Gonkhagarh etc.

Saryu – The most sacred river of Kumaon, which supplies most of the water to the Kali River, Saryu is situated in the SW of Bageshwar. It originated from a place called Sarmool (Jhundi). Baijnath Teerth and Bageshwar Nagar are on its banks. After flowing for 146 km forming the boundary of Pithoragarh-Almora and Pithoragarh-Champawat, it joins the Kali river on the right, 40 km below Pancheshwar. The area around Pancheshwar is called ‘Kali Kumaon’.

The first tributary of the Saryu is the Gomti, which joins the Saryu at Bageshwar. It is important to note that Gomti is derived from the Debra range located in Bageshwar.

The Panar river joins the Saryu at Kakrighat.

Situated just 3 km east of Kakrighat near Rameshwar Teerth (Pithoragarh) in Saryu. It is joined by the Ramganga River, which originates from the port of Pithoragarh and Namik Glacier. Eastern Ramganga has a length of 108 km. Is.

Ladhia River – This is the last river of Uttarakhand, which joins the Kali River (from the right side). In Kali it meets near Chuka (Champawat). It flows from west to east.
Ladia originates from Gajar, the meeting place of Pithoragarh, Almora and Nainital.

The Kali River descends into the plains from the mountains near the Jogbudha Valley, where it joins the Ladhia River on the right and the Ramgun River on the left. After this it is known as Sharda. Later this river joins the Karnali river and after reaching Bahraich district, its new name becomes Saryu. The Saryu later joins the Ganges River. 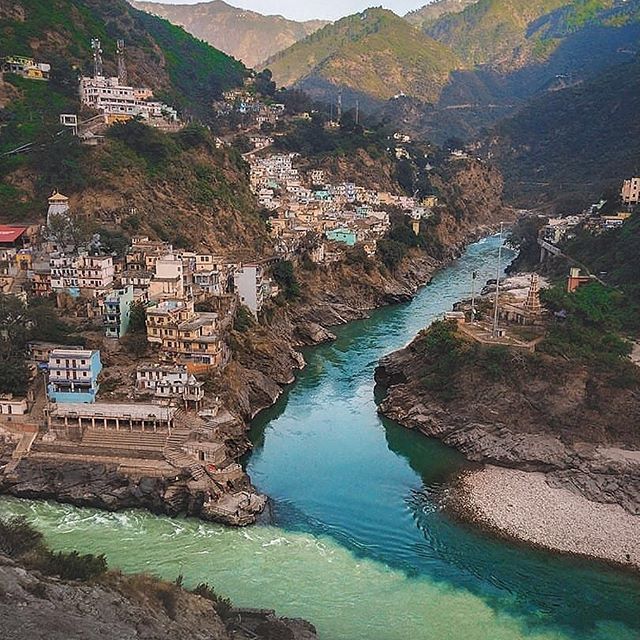 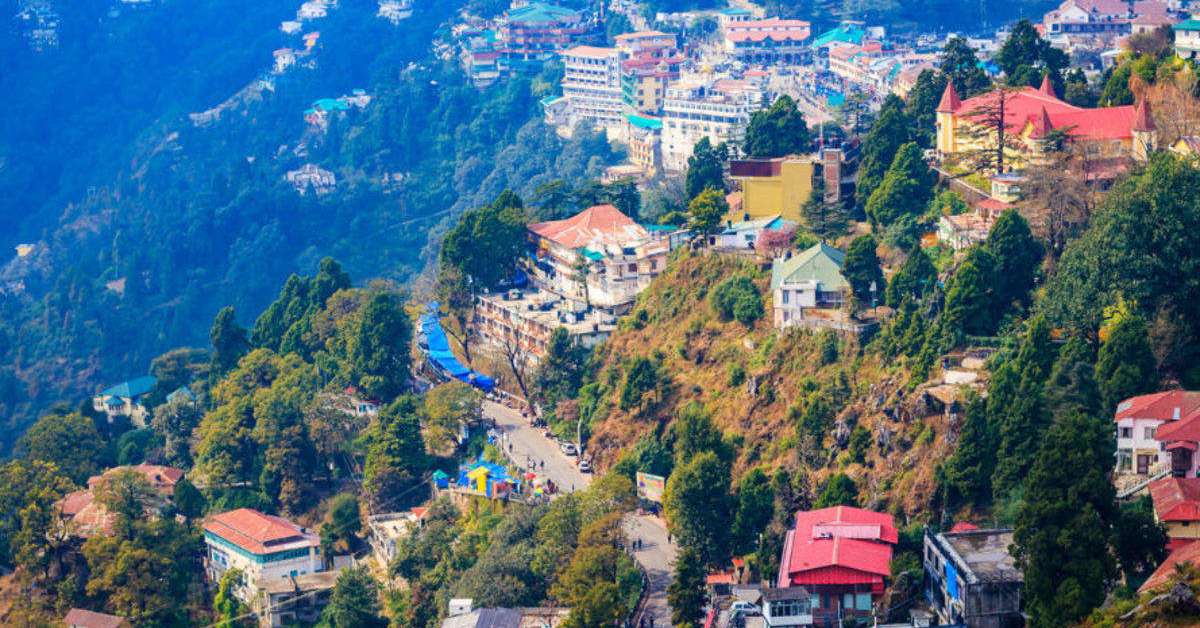